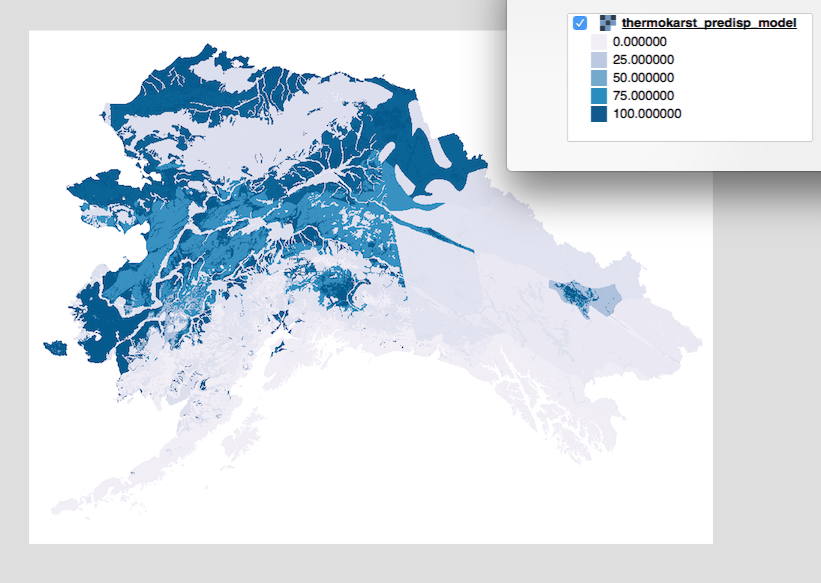 This map represents the proportion of the landscape where thermokarst (depression from soil collapse due to permafrost thaw) could initiate and expand under warming climate at a 1km resolution. The general hypothesis underlying the development of this model is that thermokarsts occur in lowland peatland with ice rich permafrost.

Lowland were defined as follow: (1) the lower point within each watersheds was identified; (2) from this point, lowland was defined as the area connected to this point with a slope <= 4 degree. Data source used to construct the lowland map at a 60m resolution are described in page 4 of the model description (PredispModelDesc.pdf, included in data download). This map has been resampled at a 1km resolution by converting the 60m presence/absence of lowland into percent cover.

The distribution of histel has been assessed from the northern circumpolar soil carbon database from Hugelius et al. 2013. This map is a polygon shapefile giving the percent cover of histel. The average size of the polygons is 436 km2. This map has been resampled at a 1km resolution.