Spatial distribution of the terrestrial ecosystem carbon stocks and fluxes, snow cover and organic layer thickness and moisture from 1901 to 2100 for Alaska and Northwestern Canada 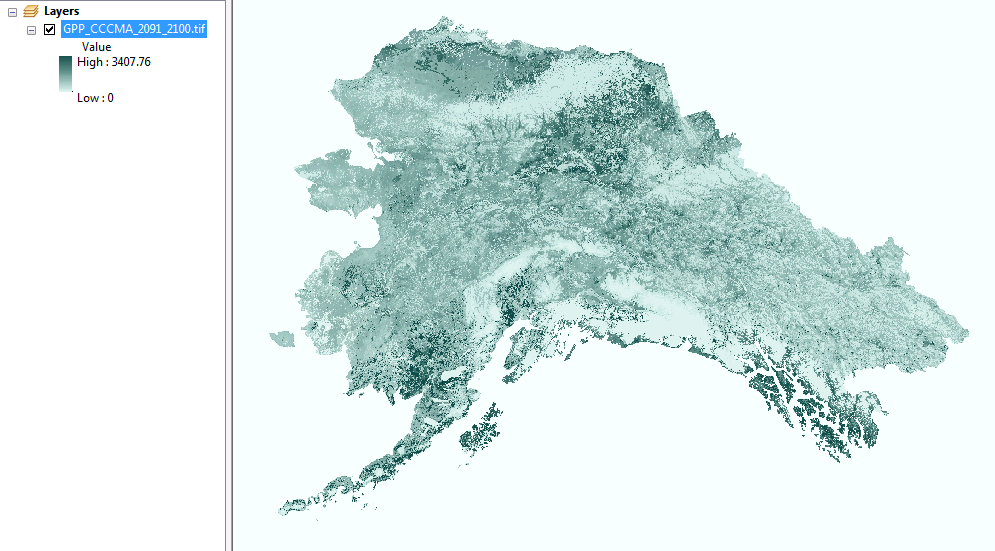 Historical records start in 1901 and end in 2009, projections start in 2010 and end in 2100. Projections have been conducted for two climate models for the A1B emission scenario of the Intergovernmental Panel on Climate Change Special Report on Emissions Assessment Report 4 (IPCC-AR4). The two global circulation models used for these projections are (1) the 5th generation of the ECHAM general circulation model from the Max Planck Institute for Meteorology (MPI-ECHAM5/MPI-OM), and (2) the fourth generation global circulation model from the Canadian Centre for Climate Modelling and Analysis (CCCMA-CGCM3.1(T47)).