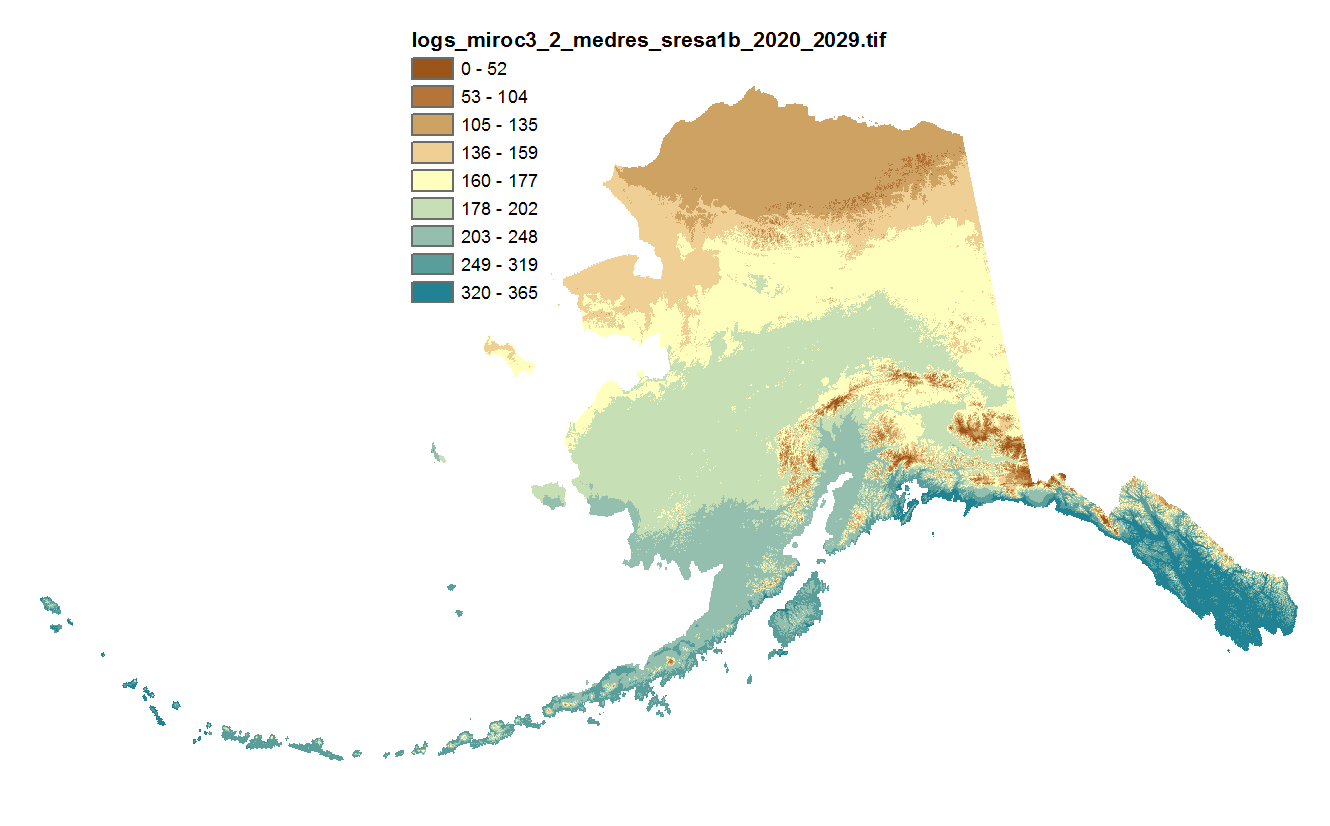 This set of files includes downscaled projections of decadal means of annual day of freeze or thaw (ordinal day of the year), and length of growing season (numbers of days, 0-365) for each decade from 2010 - 2100 at 771x771 meter spatial resolution. Each file represents a decadal mean of an annual mean calculated from mean monthly data.


Each set of files originates from one of five top ranked global circulation models from the CMIP3/AR4 models and SRES scenarios, or is calculated as a 5 Model Average.