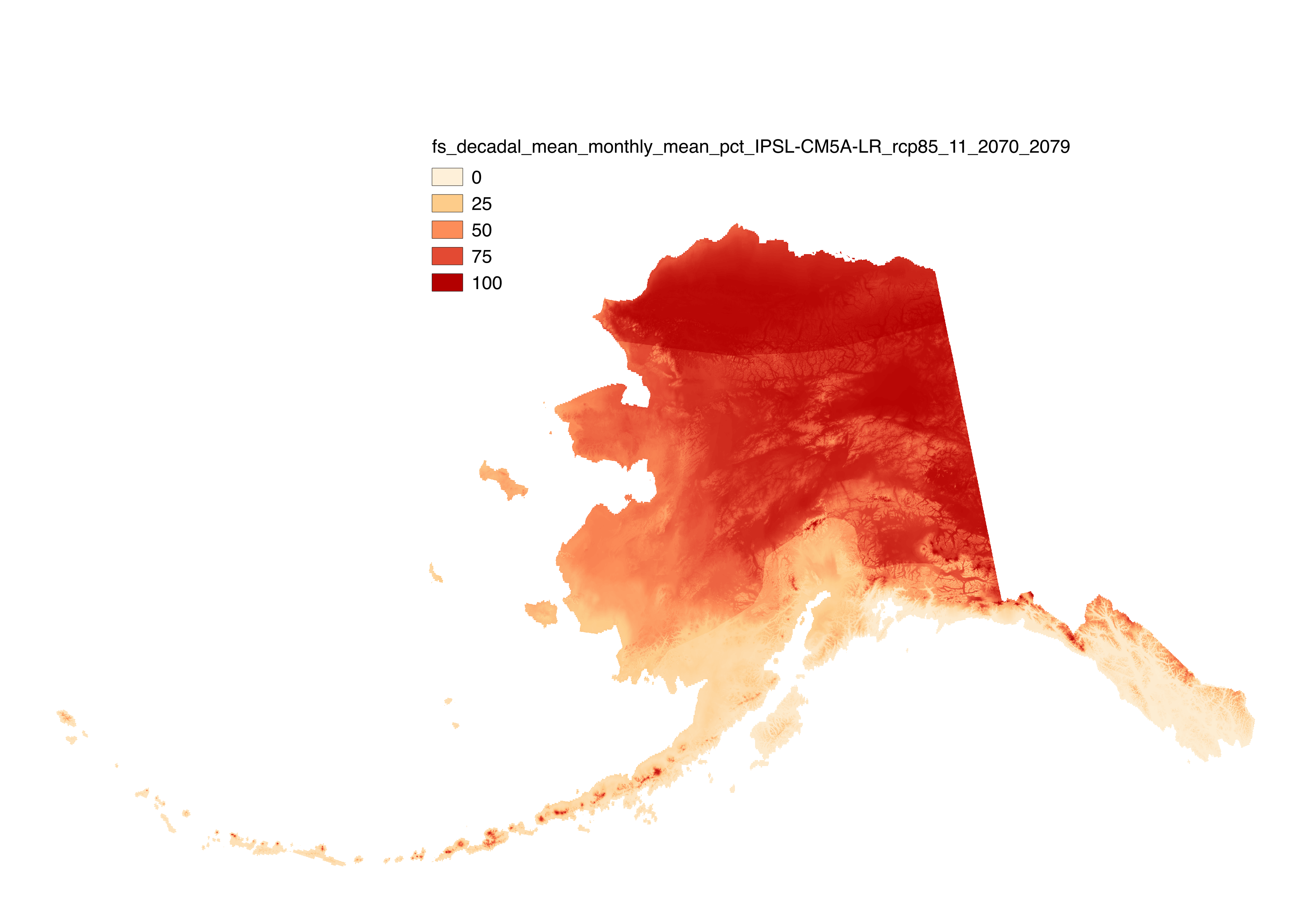 These snow-day fraction estimates were produced by applying equations relating decadal average monthly temperature to snow-day fraction to downscaled decadal average monthly temperature. Separate equations were used to model the relationship between decadal monthly average temperature and the fraction of wet days with snow for seven geographic regions in the state: Arctic, Western Alaska, Interior, Cook Inlet, SW Islands, SW Interior, and the Gulf of Alaska coast, using regionally specific logistic models of the probability that precipitation falls as snow given temperature based on station data fits as in McAfee et al. 2014. These projections differ from McAfee et al. 2014 in that updated CMIP5 projected temperatures rather than CMIP3 temperatures were used for the future projections.

Although the equations developed here provide a reasonable fit to the data, model evaluation demonstrated that some stations are consistently less well described by regional models than others. It is unclear why this occurs, but it is likely related to localized climate conditions. Very few weather stations with long records are located above 500m elevation in Alaska, so the equations used here were developed primarily from low-elevation weather stations. It is not clear whether the equations will be completely appropriate in the mountains. Finally, these equations summarize a long-term monthly relationship between temperature and precipitation type that is the result of short-term weather variability. In using these equations to make projections of future snow, as assume that these relationships remain stable over time, and we do not know how accurate that assumption is.