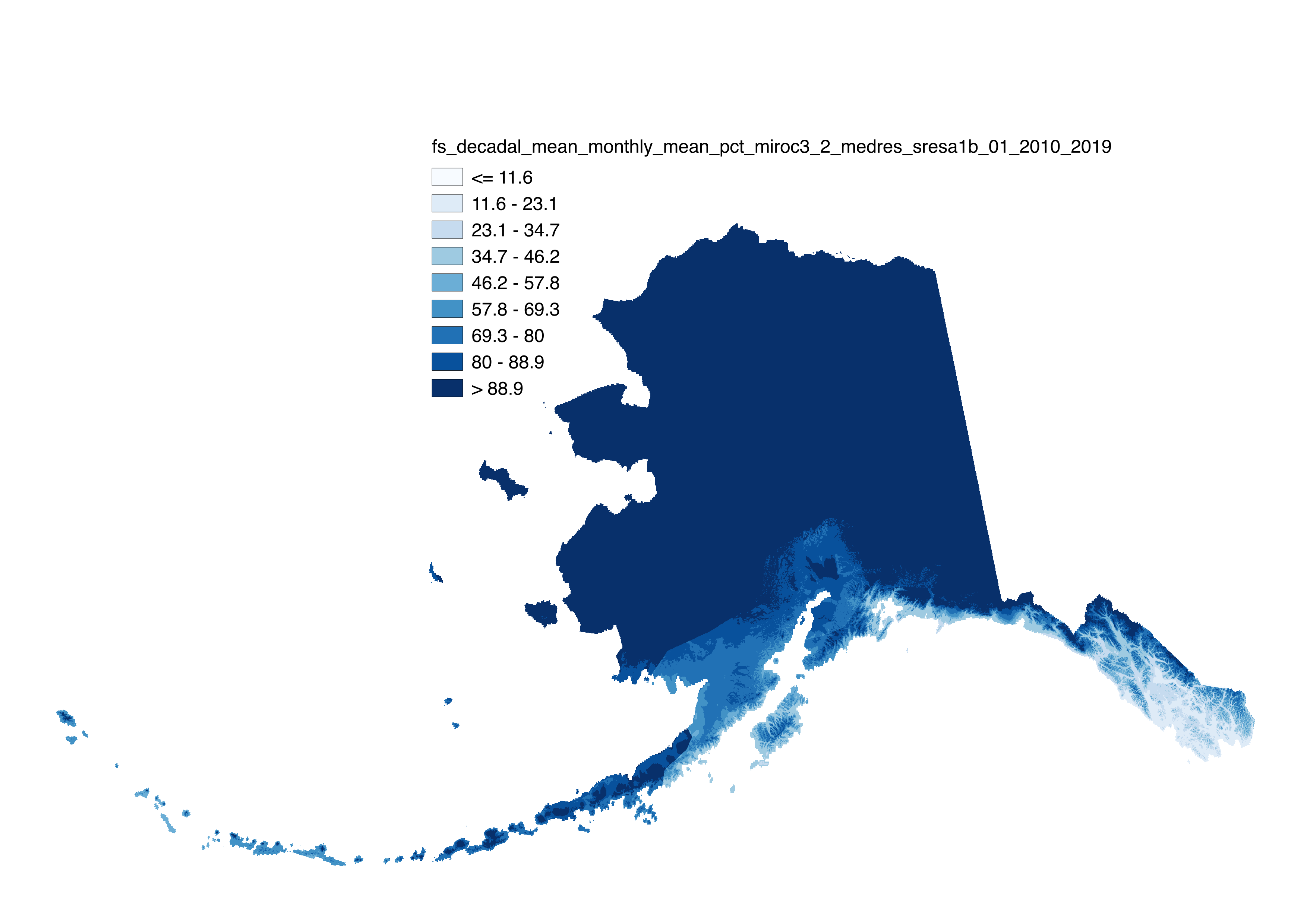 These files include downscaled projections of decadal average monthly snow-day fraction (in percent) for each month of the decades from 2010-2019 to 2090-2099 at 771 x 771 m spatial resolution. Each file represents a decadal average monthly mean. Projections were produced for 5 models contributing to the IPCC's Fourth Assessment Report (CCCMA-CGCM3.1 t47, GFDL-CM2.1, MPI-ECHAM5, MIROC3.2 medres, and UKMO-HadCM3), a composite 5 model average, and two emissions scenarios (A1B and A2).

Although the equations developed here provide a reasonable fit to the data, model evaluation demonstrated that some stations are consistently less well described by regional models than others. It is unclear why this occurs, but it is like related to localized climate conditions. Very few weather stations with long records are located above 500m elevation in Alaska, so the equations used here were developed primarily from low-elevation weather stations. It is not clear whether the equations will be completely appropriate in the mountains. Finally, these equations summarize a long-term monthly relationship between temperature and precipitation type that is the result of short-term weather variability. In using these equations to make projections of future snow, as assume that these relationships remain stable over time, and we do not know how accurate that assumption is.