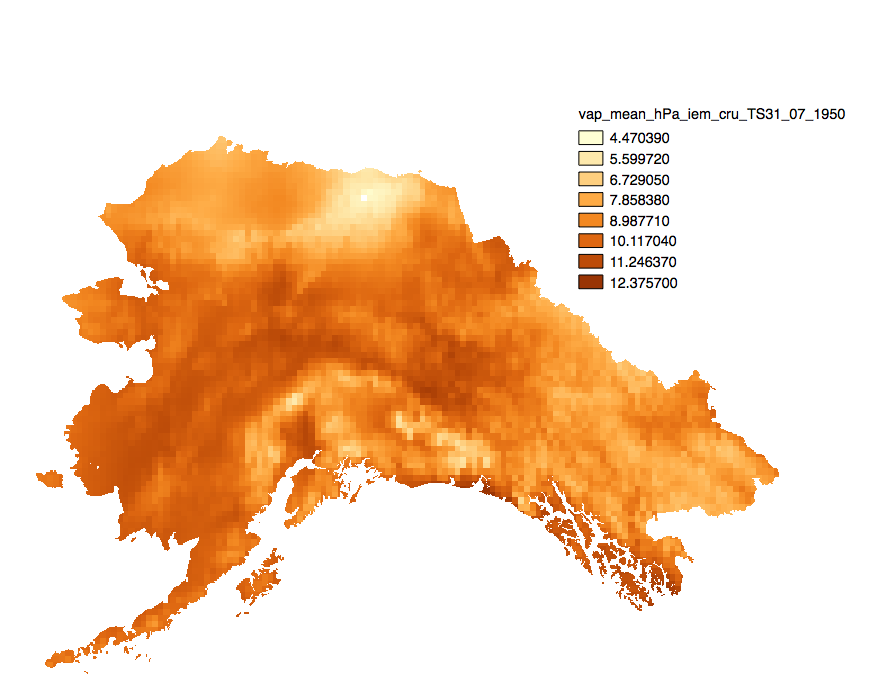 This data has been prepared as model input for the Integrated Ecosystem Model (IEM). There can be errors or serious limitations to the application of this data to other analyses. The data constitute the result of a downscaling procedure using the Climatic Research Unit's CRU TS X.x (0.5 deg spatial resolution) monthly time series and CRU TS 2.0 (1961-1990,10 min spatial resolution) global climatology data.