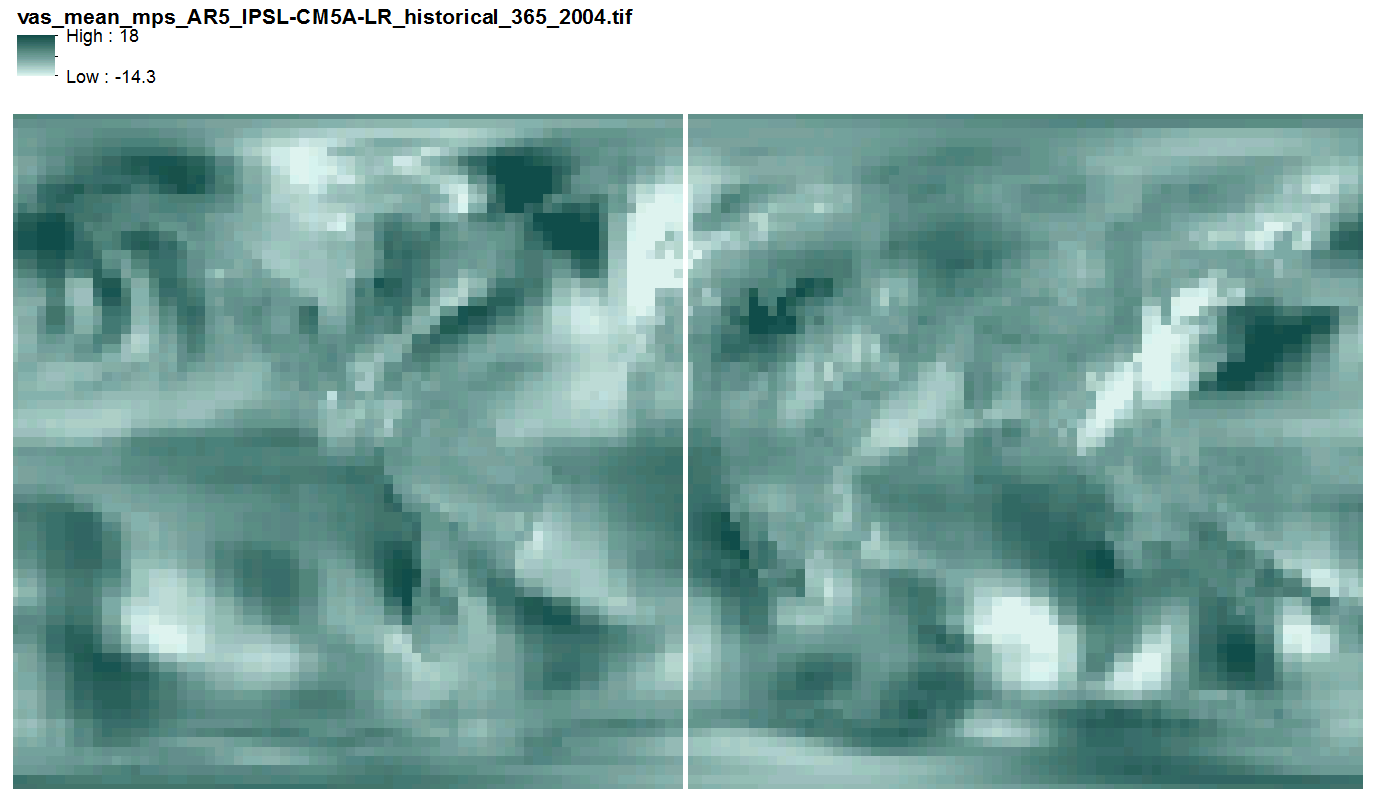 This data includes quantile-mapped historical and projected model runs of AR5 daily mean near surface wind velocity (m/s) for each day of every year from 1958 - 2100 at 2.5 x 2.5 degree spatial resolution across 3 AR5 models. They are 365 multi-band geotiff files, one file per year, each band representing one day of the year, with no leap years.

A similar comparison of methods was made and the Local Linear Least Squares Regression quantile mapping method, available in the R package 'qmap', was chosen as the most appropriate method. Deltas resulting from the mapping were then applied to 2002-2100 GCM output to complete the 1958-2100 quantile-mapped GCM products.