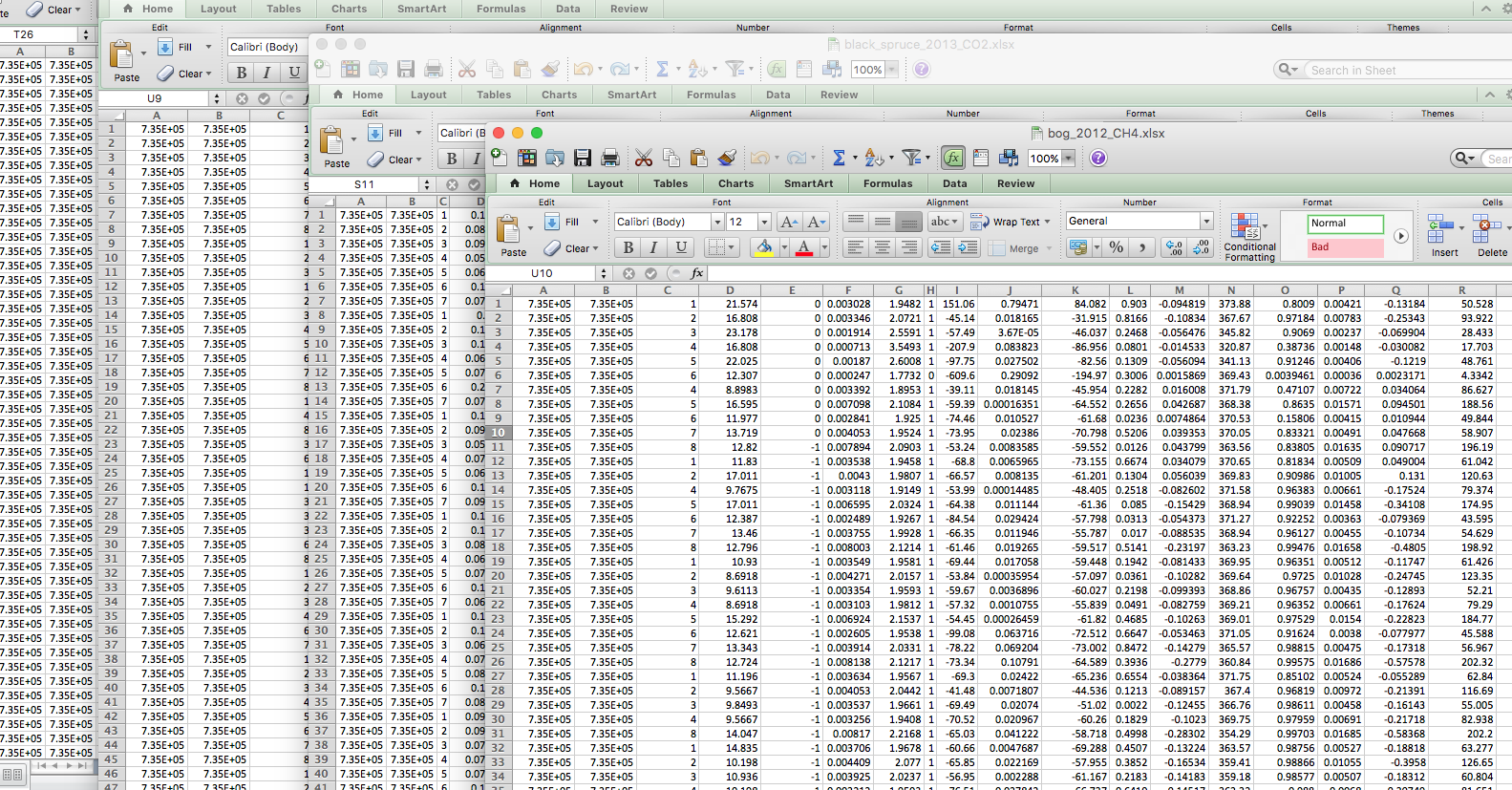 These data are flux and environmental data collected from autochambers within a black spruce forest and thermokarst bog environment at the Alaska Peatland Experiment (APEX) within the Bonanza Creek Experimental Forest. Principal Investigator responsible for these data is Mark Waldrop. Data are from 2012-2015. In 2012 and 2013 there were eight autochambers in the black spruce forest and eight chambers in the thermokarst bog. In 2014 and 2015 this was reduced to four because bogs of different ages were added.

CO2 fluxes were collected using a licor 800 controlled by a Campbell CR1000 and a series of solenoid valves. CH4 concentrations, and therefore fluxes, were collected using a Picarrro 13CH4 analyzer. Gas from the main sample stream (@ 1L/min) was diverted to the Picarro analyzer (pumping @ 20mL/min) for Ch4 measurements. All flux calculations and data QC was done in Matlab. Volumetric moisture correction was done using a three component dielectric mixing model from Dan Thompson and Mike Waddington using soil temperature and porosity to adjust values.

Each file is labeled with the year and the location and GHG gas type (i.e. ‘Black Spruce 2012 CO2’).

13CH4 was collected on the picarro; it gives us values of raw 13CH4 values and values that have been integrated for 30 seconds. The raw values simply have more spread in the values and the integrated value smooths them out more. Keeling plots were created by plotting 13CH4 vs 1/CH4 and taking the y-intercept to be the 13CH4 value of surface flux CH4.