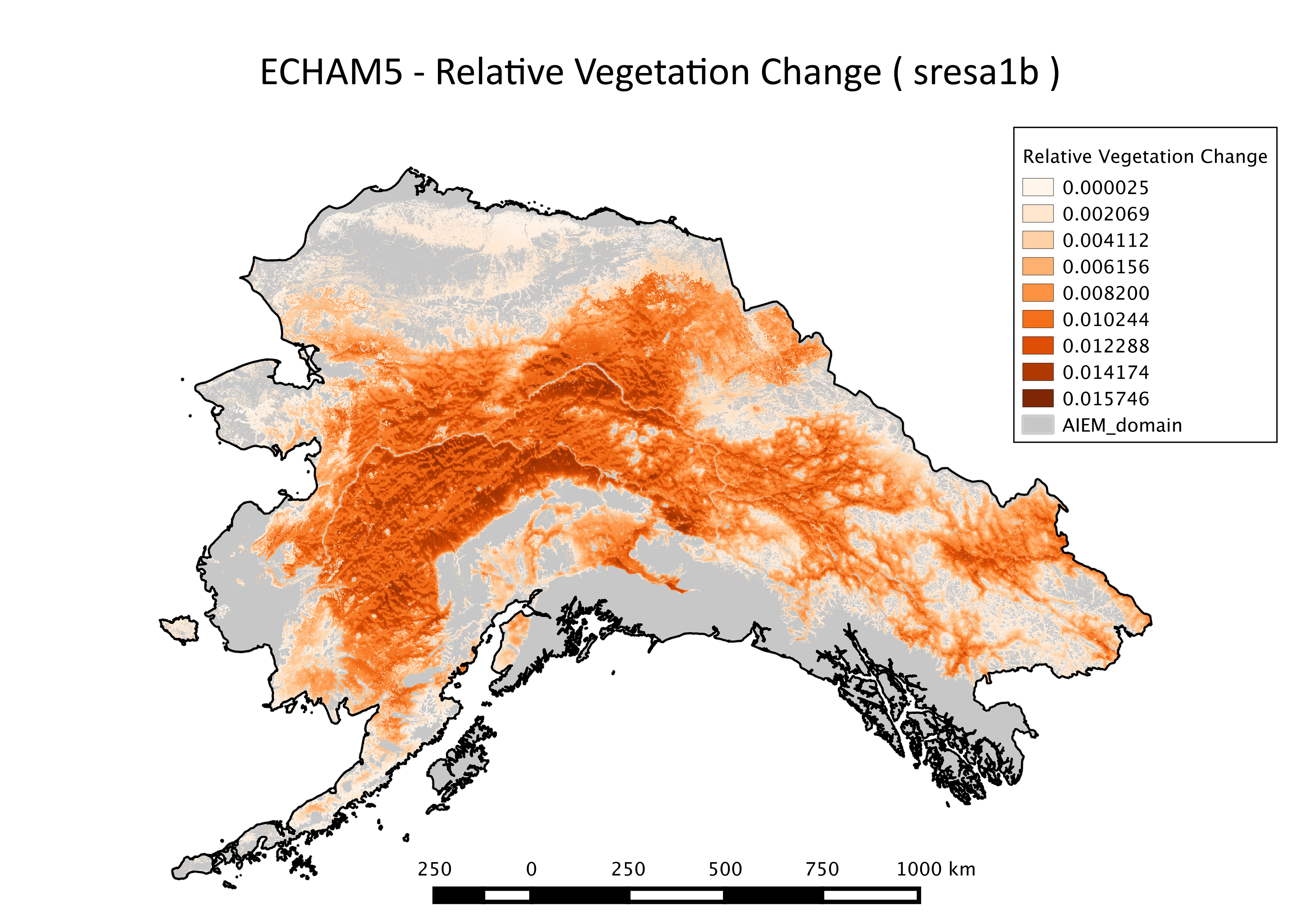 The models and scenarios include:

Relative vegetation change was defined as the likelihood of a pixel to transition to a different dominant vegetation type. These parameters were assessed throughout the full spatial domain and 3 temporal domains of the simulations (1900-1999, 2000-2099, and 1900-2099) across all 200 model replicates. We calculated the proportion of years among all the simulations (200 replicate runs x number of years per simulation) that each individual pixel transitioned.

Relative Vegetation Change:
Counts the number of times a pixel transitions through all replicates and time and divides that value by the total number of layers (replicates * years)

A transition is defined as a pixel changing to a different dominant vegetation type. Transitions occur under several circumstances:

There are several example map layouts for specific Landscape Conservation Cooperatives in Alaska for for IEM Generation 1 outputs only.

For background on ALFRESCO, please refer to: