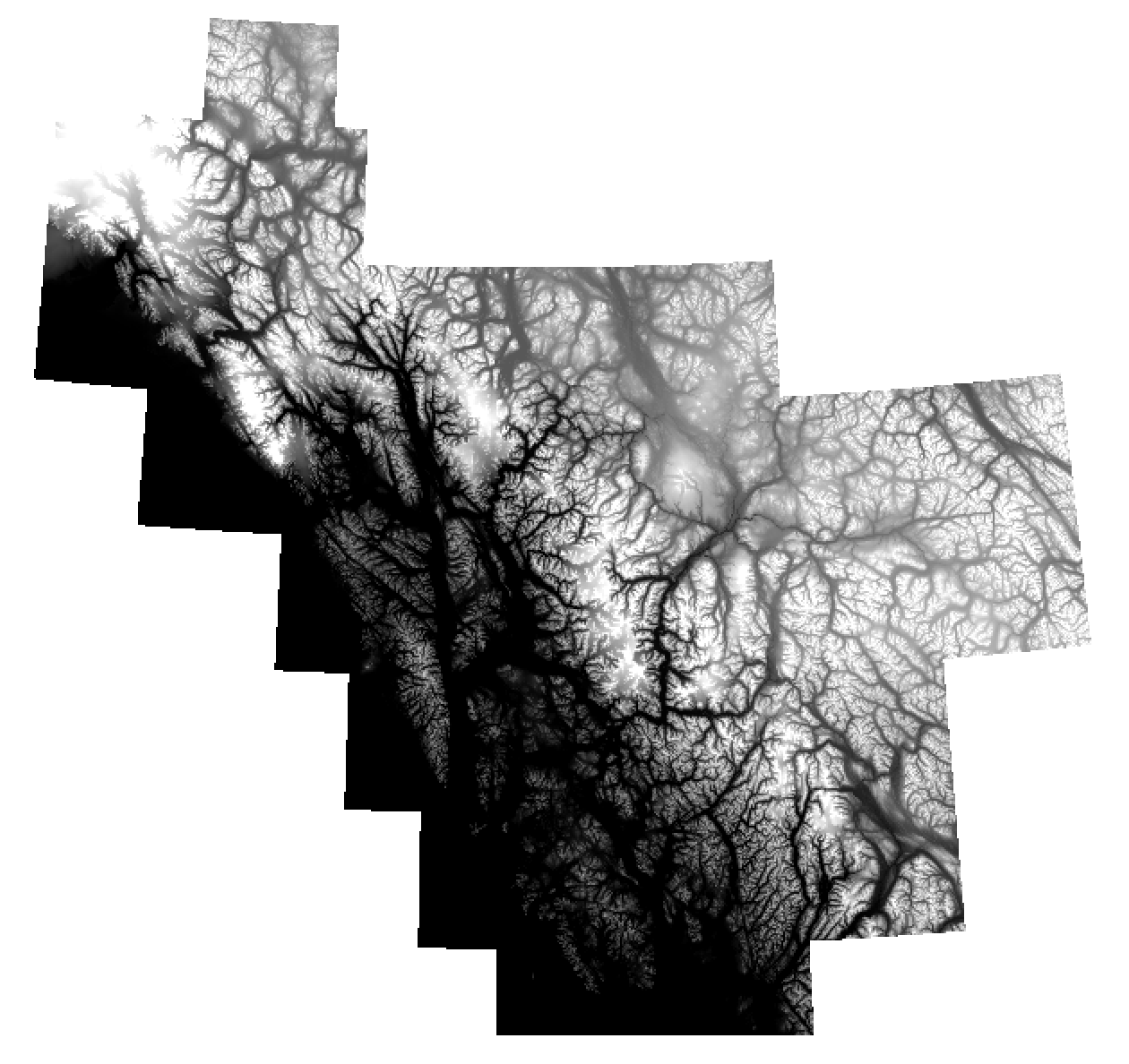 AKPCTR_DEM is a 50-meter resolution, bare-earth digital elevation model (DEM) in raster (geotiff) format. The perhumid (wettest) region of the North American coastal temperate rainforest (PCTR) extends along the coast of British Columbia and southeast Alaska between approximately 50.57 and 59.6 degrees north latitude.The extent of this dataset includes all of the Alaska and Canada watersheds that discharge into southeast Alaska coastal waters, which covers essentially the northern half of the PCTR.

The 3 DEMs were projected to a common coordinate system, resolution, and registration. The Canadian TRIM and CDED datasets were combined, then a program called “Merge” was used to join the Canada DEM to the NED. The different processing methods, scales, and vertical datums used to produce the source U.S. and Canada DEMs result in a visible seam where the 2 datasets are joined. The “Merge” program creates a smooth transition along the seam between the NED and Canada DEMs (see process steps for details).

Portions of the NED for Southeast Alaska have been updated with higher-resolution IfSAR and LiDAR data; however the vertical datum for this newer data is based on NAVD88. Using the updated portions of the NED would result in an AKPCTR DEM containing a mix of NAVD88, NGVD29, and CGVD28 elevations. There are no datum converters for Alaska to easily transform between NAVD88 and NGVD29 or CGVD28. To avoid the mix of vertical datums and to be more consistent with adjacent Canadian elevations in CGVD28, the older version of the NED (pre-LiDAR and IfSAR) was used. Source data for the Alaska and Canada DEMs range from the 1940's to 2002.